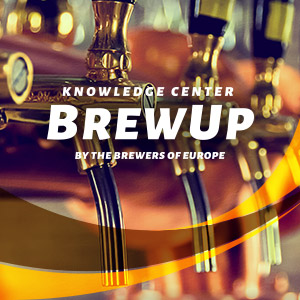 This report constitutes the third review of the implementation of the Beer Pledge and looks back over the whole 2012-2015 period of the Pledge. It represents a snapshot of initiatives carried out by brewers, through associations, companies and broad coalitions, in line with and contributing to, the implementation of the three pillars of the European Beer Pledge – (i) consumer information, (ii) responsible advertising, and (iii) programs to tackle alcohol misuse.

Since its launch in the European Parliament in 2012 Europe’s brewers have continued to step up with activities in line with the European Beer Pledge. Doing so, the brewing sector has been contributing to the implementation not just of the EU Strategy to support Member States in reducing alcohol-related harm, but the CNAPA Action Plan, the WHO Global Strategy, the WHO Euro Action Plan and national alcohol plans across the EU. Brewers are now responsible for the roll-out of over 130 commitments made under the EU Alcohol and Health Forum, a figure that now represents well over a third of all the commitments made by Forum members.

This report covers activities carried out until end 2015 and, whilst certainly not capturing every brewer-supported activity, seeks to provide a picture of the extent of brewer activity in support of the Pledge. The report has also been reviewed by the independent third party KPMG Sustainability, which requires all significant claims within the report to be backed up by evidence through a process that encourages rigour in monitoring outputs and outcomes of the initiatives undertaken.

The Pledge framework identifies three pillars for activity – consumer information, responsible advertising and programs to tackle alcohol misuse. Whilst the priority framework is set at EU level, focus and resources allocation are typically decided at local and/or company level to address the key areas of concern at that level. As such, there is not an expectation that all countries address each pillar to the same degree but rather that all activities be captured under the Pledge. Whilst some countries and companies have focused more on some areas, it therefore stands to reason that others have given greater focus to different parts of the Pledge.

Overview of activities supported by Brewers since the launch of the European Beer Pledge in 2012:

As with the two previous Beer Pledge reports, what this report shows is that the brewing sector has continued to step up its activities, numerically, geographically and in scope. With hundreds of initiatives having already been supported by brewers over the years, what was important was to build on the numerous best practises, including those available in the four toolkits produced during the first year of the Pledge and reported upon in the first interim report. The growing use of new media, which was reported in the first interim report, to increase consumer knowledge and address alcohol misuse, has continued, with digital activations now at the heart of many new initiatives.

We also continue to see the patchwork of activities being conducted by both brewers’ associations and brewing companies. With regard to company-driven activities, in some cases these are initiatives driven by individual brewers, whilst in other cases it is a coalition of brewers coming together, for example through social aspects organisations, in support of one initiative.

What remains clear is that there is no one-size-fits-all model of engagement for all markets or for all initiatives. In some cases the activity can be best implemented by an individual company, whilst in other cases it is more logical to implement as part of a coalition, including through the brewers’ association.

Equally, partnerships and wide coalitions should be encouraged but are not the panacea for all activities. A key facet of many of the best practices – partnership building – has been taken on board, with governments, driving schools, local government, doctors’ groups and police authorities continuing to be important partners. However, issues of product development, especially around lower alcohol or zero alcohol alternatives, may be better addressed by individual companies.

At EU level, this report covers the ongoing implementation of the first three years of The Brewers of Europe’s partnership with the European Transport Safety Council, with roll-out of both European and national events, development of ETSC case studies and ongoing support for the ETSC’s drink drive newsletter and alcohol interlock monitor scheme. This major partnership, supporting the SMART programme, was renewed at the end of 2016 for a further three years.

Whilst the first year interim report stated that work would intensify on the strengthening of self-regulatory mechanisms around digital and social media, this work has largely fallen within the WFA’s Responsible Marketing Pact, where The Brewers of Europe is an associated partner. This work continues and hopefully will bear fruits that can assist national brewers’ associations in ensuring their self-regulatory systems are kept up-to-date with both consumer and policymaker expectations and with the changing marketing landscape.

Ever since the announcement by The Brewers of Europe in March 2015 of a landmark commitment by the brewing sector to roll out ingredients and nutrition information for beer across Europe, this has been a key strand of work not just for the European association but also for national associations and companies. Launching that commitment The Brewers of Europe also committed to reporting on its implementation. Whilst the current expectation is that by end 2017 over 60% of new beer volumes hitting the shelves will be providing this information, The Brewers of Europe plans to report concrete figures, with clear examples, already in the second half of 2017.

Finally, the reporting process itself has again put a spotlight on the fact that not all initiatives are able to provide the same wealth of measurement indicators, thus highlighting the importance of having measurable key indicators and collating results on the implementation and impact of the various initiatives.