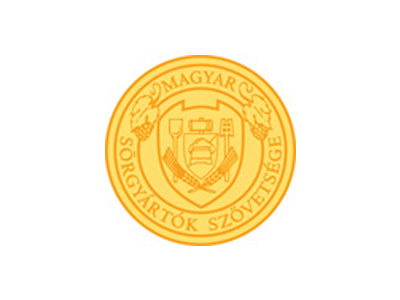 The Association of Hungarian Brewers acts as an advocate for the nation’s leading brewers. Its member companies, Borsodi Brewery Co., Dreher Breweries Ltd., Heineken Hungaria Breweries Ltd. and Carlsberg Hungary Co. as a supporting member produced 167,6 million gallons of beer in their four Hungarian breweries in 2014: that’s over a billion pints! The breweries employ nearly 1,700 people and provide work for another 25,000 people through their suppliers. The member companies of the Association generated HUF 72.6 billion in government tax revenues in 2016.

The Association was established in 1992 by five breweries seeking a conduit for the expression of their common interests. Although the current three member breweries are in fierce competition with one another in the domestic beer market, they collaborate within the Association to represent their common interests, to express their social responsibility and generally to promote beer culture. In recent years the scope of the Association has expanded, so nowadays, in addition to advancing their interests, campaigns promoting beer culture and community involvement play an important rôle in the daily life of the Association.

The Association also has a voice at European level through its membership of The Brewers of Europe. The commitment is the same: representing the economic interests of the industry and working to increase the social recognition of brewing.

The General Meeting decides about the ordinary membership with a unanimous decision.

The ordinary members prior to the admission, as a precondition thereof and not later than 31st March of each year must justify with due documentation to the Association that he fulfilled his excise tax payment obligations based on the volume of the beer products produced or distributed by him. Failing this obligation is considered a material breach.

Hereinafter unless otherwise regulated by the present Statute the phrase “members” refers to ordinary and supporting members as well.

The supporting members prior to the admission, as a precondition thereof and not later than 31st March of each year must justify with due documentation to the Association that he fulfilled his excise tax payment obligations based on the volume of the beer products produced or distributed by him. Failing this obligation is considered a material breach.

In case the supporting member operates as an association, the requirement of the annual producing or distribution volume and the obligation of the justification of the payment of the excise tax shall not apply. “

Membership fee: Ordinary members undertake to pay a ratio of the part of the expenditure side of the budget approved by the General Meeting as membership fee which is proportionate to the market share of the ordinary members, established by the Director on the basis of the beer sales volume of the previous year achieved by the ordinary members. The amount of the membership fee is communicated by the Director to each ordinary member separately. The ordinary members declare with the execution of the present Statute hereby that having regard to the regulations on the prohibition of unfair market practices (competition law regulations) they do not contemplate to inform each other and the supporting members in any manner and any extent about their own data of sales, furthermore they do not request such data from the supporting members.

The method of the payment of the membership fee is bank transfer.

The membership fee shall be due in two instalments in the current year (first instalment by 31st January, second instalment by 31st July) to be paid by the ordinary members against an invoice issued by the Association, within 60 days of the receipt of the invoice. If an ordinary member fails to pay the membership free by the due date, a default interest shall be charged in accordance with the current interest charged by the main bank.